I first went to the Sinai desert in 2002. I had always avoided deserts until then, thinking I would be bored by endless sand dunes. But the area east of St Katharine’s Monastery is not like that at all. The mountains are like billowing rounded clouds of sandstone, in ochre and peach and a soft milk chocolate colour. There are echoing vaulted dry caves to shield you from the sun, and the softest milk white sand under your feet. The Bedouin in this area, who were our hosts, have such heightened senses that they can tell when someone approaches from a mile behind them. When it rains, on average every five years, they dance.

In the mountain areas, we helped build dams to catch the torrents when they came, in order to irrigate the ancient gardens that had been abandoned when the Bedouin were lured to the coast to sell fizzy drinks to tourists. Over 335 wells have already been restored, ten small dams built, and families are returning to the mountains. 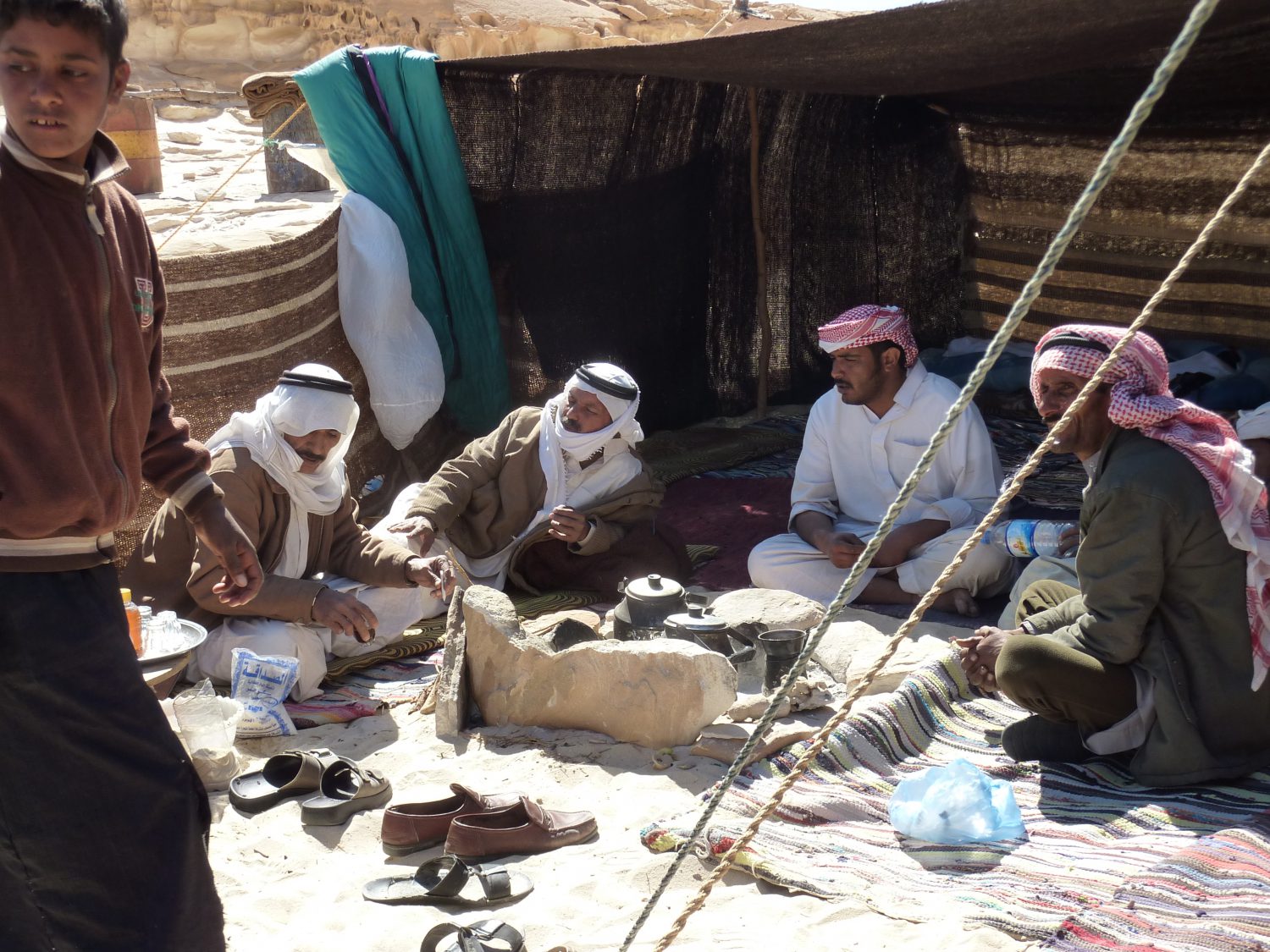 I learned the value of spending time alone in the desert, as thousands have done before me, for thousands of years. I would find a special spot – a ravine or a high ledge that simply beckoned. Spending several days there, quite alone with the stars and the occasional gerbil for company, I could let go and dream. If I stopped eating for a few days, I could re-visit the sense of having no head, again feeling full of lightness and heightened energy. But you have to drink masses of water.

There was never a sense of danger, except once when I saw the tracks of what appeared to be a mountain lion, not far from my sleeping place. This made me sit up most of the night, having a go – an entirely inadequate go – at the Buddhist practice of imagining your own death. Next day my Bedouin friends told me there had been no mountain lions seen in that area for years.